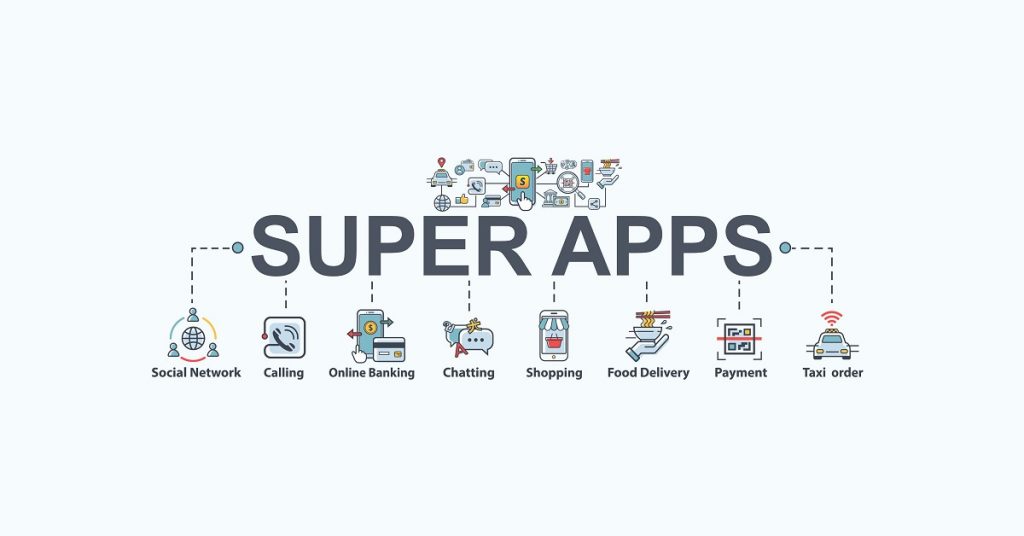 As our need is fulfilled, another one appears. It gets more and more time-consuming and confusing to deal with all the duties, even in the era of technological advancement with the help of numerous mobile applications. But what if we could use only one app for all chores? Something like a … Superapp!

Superapp is a kind of a platform which covers customers’ everyday needs just in one app. It includes a payment system and multiple services, for example food delivery, ride-hailing, ticket booking or bill payment and many other functions.

The definition of a superapp was suggested in 2010 by the Blackberry’s founder – Mike Lazaridis. He describes it as “a closed ecosystem of many apps that people would use every day because they offer such a seamless, integrated, contextualized and efficient experience”.

So, what elements should any superapp include? 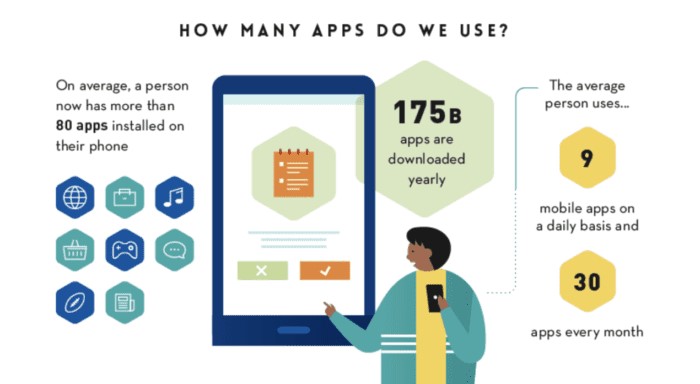 Mobile applications make the world go round nowadays. Recent researches show that Mobile internet usage is rising while desktop internet usage continues to fall, and 90% of that traffic is spent in apps.

The study has also revealed that the average user has more than 80 apps installed, while only 10 of them are used regularly. So, there are a number of applications that are not very handy, but nevertheless cannot be removed just because of one peculiar function. This fact may contribute to the spread of superapp technology.

Beyond doubt, superapps have already affected lives of active mobile users. According to the current studies the majority of US consumers have a superapp demand: 67% want to have multiple services integrated in one platform. It is said that Americans are interested mostly in superapps for entertainment, shopping, travel and banking utilities.

Thus, based on the data, it can be assumed that the idea of developing superapps might be promising.

However, the technology wasn’t born last night. One of the vivid examples of a successful superapp – Chinese WeChat – was created in 2011. At the start of the app journey it represented itself as a simple messenger, but then the founders came up with the idea of integrating more and more services into their product. Nevertheless, at the present time in the WeChat app, you can not only communicate, but also order a taxi or food delivery, buy movie tickets, play games, read the news, make an appointment with a doctor, pay bills, donate to charity, and much more. 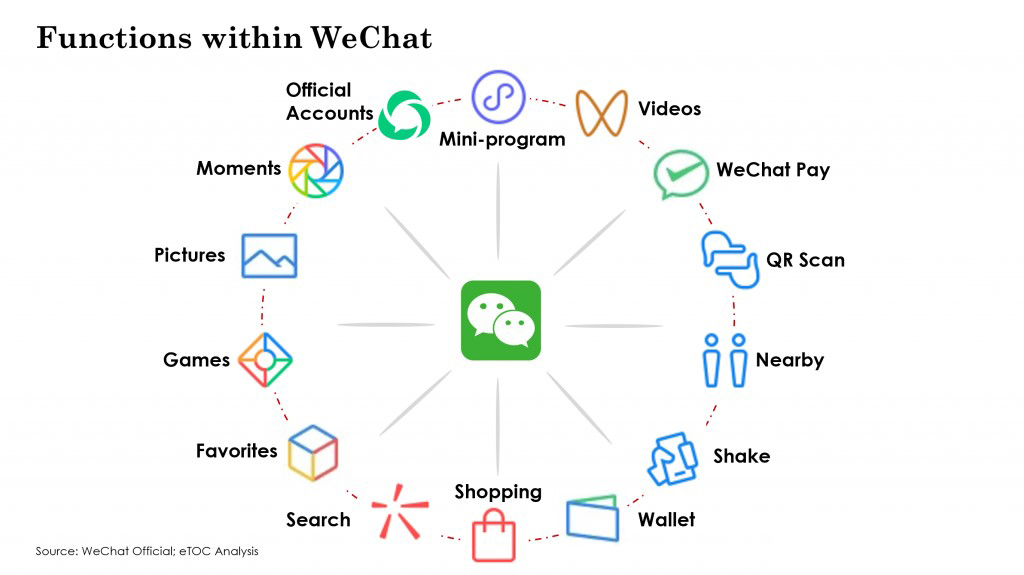 Some other outstanding cases:

OMNi app – based in Costa-Rica – a great precedent of well-turned adoption of Asian business model to another culture. OMNi provides ride-hailing, bike-sharing, fintech, and healthcare services.

Careem from Dubai initially has been just a taxi-sharing service and now is popular across 12 countries. At the present time this platform offers Car Rentals, Taxi, Bike-Sharing, Food delivery and other services.

Zalo is Vietnamese-based messenger which became a super-app because of its e-wallet function. Now the application even overtakes facebook in the number of Vietnamese users. Among its purposes there are a social media, games, online-shopping and ZaloConnect.

Reasons for the growing interest

So, what are the benefits of the superapp? 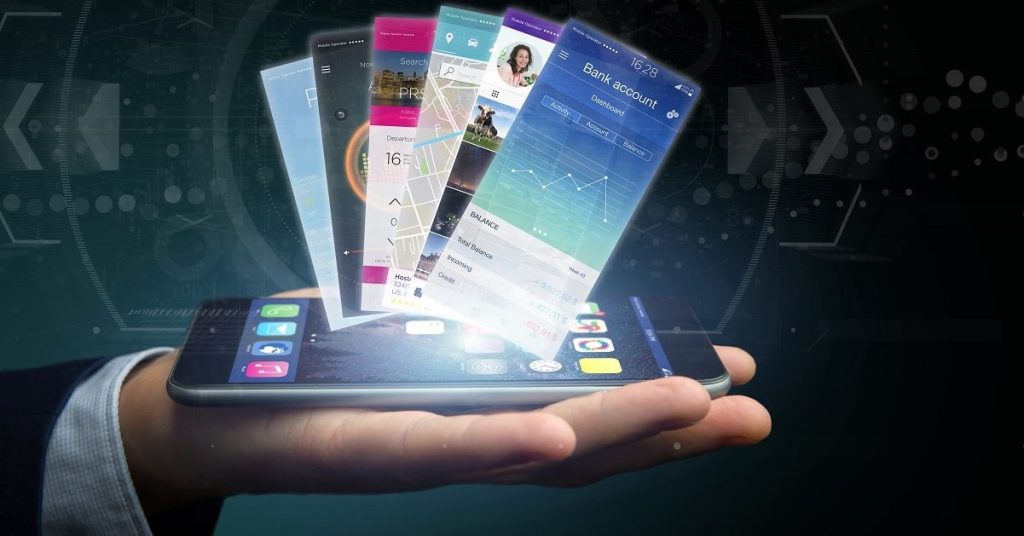 What hinders the progress?

But if there are so many plusses in superapps, then why haven’t they gained as much popularity in Europe or USA as in Asia? There are some pitfalls.

First of all, success of superapps in China is tightly connected with the culture. Historically, the population there mostly uses mobile phones instead of desktops, and superapps were a necessity because of phone memory shortage some time ago. Accordingly, Chinese users have a greater expertise in dealing with such a complicated and layered interface than Europeans and Americans.

Moreover, a successful superapp has all the chances to become a monopolist. Whilst Chinese government approves and even supports services like WeChat with which other companies simply could not compete, Europe and America sustain unhampered market. Regulations of the last may hinder development of a WeChat counterpart.

It is also worth-mentioning, that though the market in Asia has already been studied, whereas it is challenging to foresee whether the same path will work for non-Asian audience. Consequently, when talking about an American or European superapp, there are a lot of risks both for developer and investors.

One more thing that may be an obstacle to creating a successful superapp is finding the right balance. As was said before, the advantage of superapp is that it helps to reduce the number of apps where you do not use all the functions. On the other hand, superapps generally weigh much more than usual applications and some of them require subscriptions. Users may not need that number of mini-apps and as a result make choice in favor of just a few separate apps. So, having a clear strategy and vision of balance is very important for the one who decides to develop such an app.

Altogether, developing a superapp has been a huge business trend for several years now. Despite this and a fair number of successful examples in Asia, this idea has not been fully developed in the markets of Europe and the USA yet. Therefore, if you decide to evolve the functionality of your application to a superapp and find a way to successfully adapt the Asian experience to the culture of your customers, the absence of much competition might give you an opportunity reap high returns in an unconquered market.

And what do you think about the hype around super apps? Please, feel free to share your opinion in the comments!