Contemporary rapidly developing world doesn’t give us a chance to relax and live in a calm and stable atmosphere. Trends change, fashion moves away and returns, and all global processes are being constantly optimized. The changes also relate to the world of programming. Progress is unstoppable. New languages appear very often but only a few of them will become popular among developers. However, progress has a fly in the ointment – previous languages are becoming outdated. If a language does not retain its value over time, its users will choose a different one and it will disappear completely or become the basis for a new, better one. In this article, we have prepared a list of programming languages that may become unclaimed in 10 years.

Ruby is a dynamic open source programming language with an emphasis on simplicity and productivity. It has an elegant syntax that is pleasant to read and easy to write.

Ruby was an instant hit when it was released in 1999 and programmers were impressed by how quickly an application could be built on it. Soon after, the Ruby on Rails framework was released and the language became a favorite of developers. 10 years of fame gave way to a less positive decade, and now Ruby is in the list of outsiders.

It is gradually slipping into TIOBE (programming community index). Moreover, last year a Dice job survey showed that companies have become much less likely to look for specialists with knowledge of Ruby. Burning Glass (real-time job market) predicts that the number of vacancies containing this language will have decreased by 8.1% by 2030.

What are the reasons? First of all, the speed. Applications written in it work much slower than in JavaScript, GO, and even Python. These languages appeared in accordance with the requirements of the time but Ruby is stuck in the past in many ways. For instance, the MVC architecture that made Ruby on Rails so popular at that time is now considered outdated and too complicated by many developers.

Visual Basic is a third-generation event-driven programming language from Microsoft known for its Component Object Model (COM) programming model first released in 1991 and declared legacy during 2008.

Visual Basic for Applications, VBA, was at the hearing in 2004 but after 2009, the interest in it began to decrease. The PYPL rating (Popularity of Programming Language index) indicates that the popularity of VBA has fallen by 0.2%. If you look at the data on VBA that is available on Google Trends, it turns out that interest in VBA has been steadily falling since 2004. However, it can be noted that VBA, despite the decline in popularity feels not so bad in comparison with other disappearing languages.

There were not many people willing to write in VB and with the advent of C# in 2000, its relevancy became less and less. Many programmers switched from VB to C# as it is more concise, offers more functionality, and is better suited for developing cloud services and applications that are now in demand on the market. Moreover, it seems that the creators themselves put an end to it because Microsoft said that they do not plan to develop it further.

Haskell is a general-purpose, statically typed, purely functional programming language with type inference and lazy evaluation. Developed to be suitable for teaching, research and industrial application, Haskell has pioneered a number of advanced programming language features such as type classes, which enable type-safe operator overloading.

Haskell is also one representative of “the old languages” that was created decades ago but was also used in the 21st century. Unfortunately, his time is quickly running out. Haskell is mainly used by researchers and scientists to write programs that perform complex transformations and extrapolations.

Haskell has a strong base of loyal fans, and the language itself has influenced many major projects and companies, including Facebook and GitHub. Anyway, in the long-term ratings of RedMonk, it shows quite negative forecast which indicates a decrease in interest in it among users of GitHub and Stack Overflow. It is quite difficult to learn, thus the number of active users is very small. The fact is worth mentioning that the last update was released in 2010. Its fate is obvious. 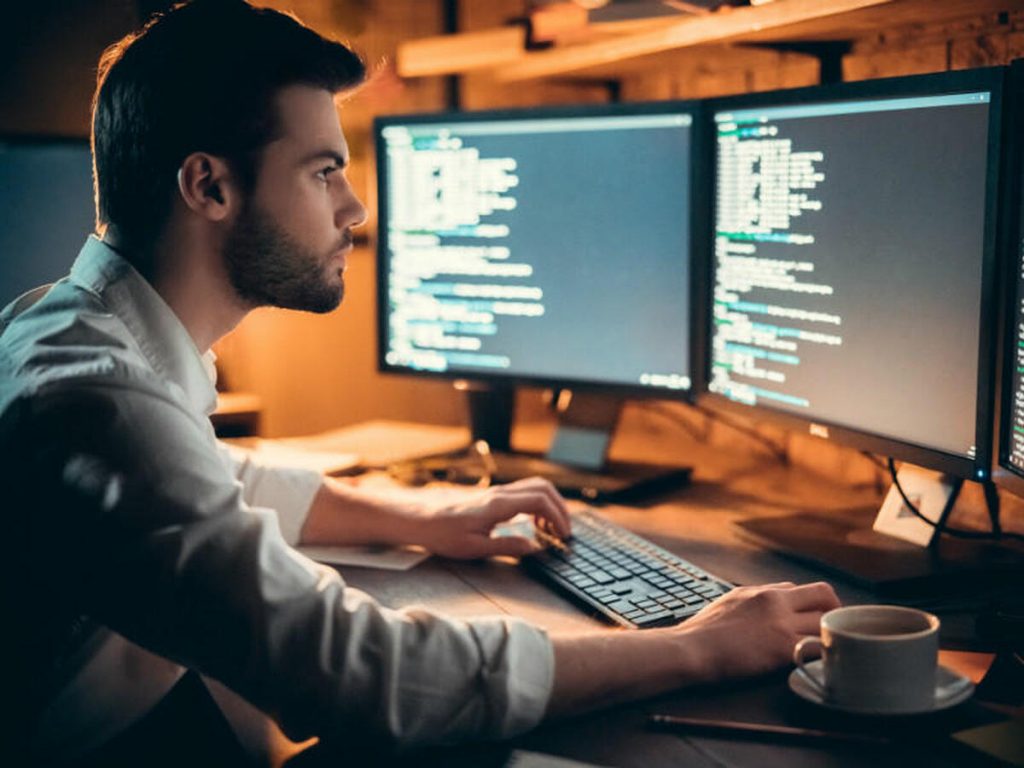 Perl is a family of two high-level, general-purpose, interpreted, dynamic programming languages. “Perl” refers to Perl 5, but from 2000 to 2019 it also referred to its redesigned “sister language”, Perl 6, before the latter’s name was officially changed to Raku in October 2019.

When Perl appeared in 1987, it was positioned as a language that is easy for anyone to understand, whether you are a beginner or a professional, and that can be used for a variety of purposes. However, in 1991 Python was created and disrupted Perl’s plans.

Python has a broader syntax, making it easier for users to achieve their tasks, and this has changed the course of the game. Python began eclipsing Perl in the 2000s and took its place as the top language for beginners. Perl has been slowly going into decline over the past 15 years.

It had prospective rating in the period from 2004 to 2009 and then began to decline. Although this language is not yet dead it is not “alive”, either. The authors of RedMonk, which is compiled on the basis of statistics from GitHub and Stack Overflow, dropped it from 11th place in 2012 to 18th — in 2020. According to the forecast of Burning Glass, the demand for Perl will decrease by 22.1% within 10 years. Although Perl has an active community of developers and is updated annually, the number of vacancies on it and the code added to GitHub suggests that it is rapidly losing ground.

Swift was developed and introduced by Apple in 2014 as a new standard for writing code for macOS, iOS, and several other Apple platforms. While Obj-C is mostly based on the complex C language, Swift removes these elements while adding new features: automatic memory management, Cocoa Touch support, and type security integration.

Swift has become quite stable and has gained a large number of users, and Apple continues to rewrite the Obj-C libraries to make it easier for supporters of the old language to switch from one to another.

Objective-C has lost 8 places in TIOBE over the past year — the biggest drop among the top twenty languages. According to Dice, Objective-C has recently held relatively high positions in the ratings mainly due to the huge array of legacy code that has accumulated over the 36 years of its existence. Burning Glass forecast is the following: minus 34.5% of demand in 10 years. 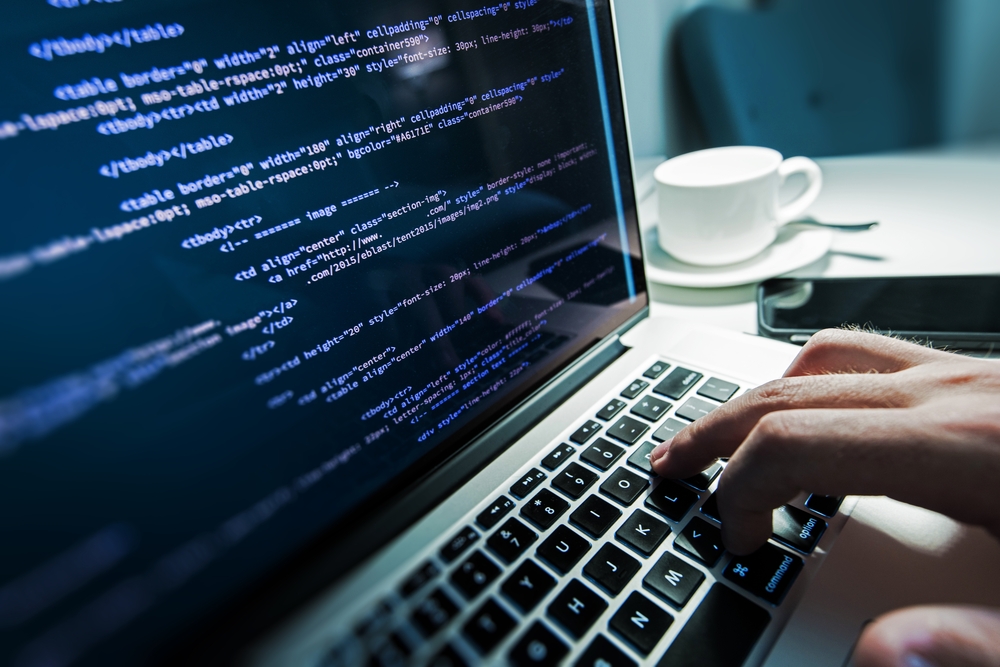 Although all the languages above are on the decline of their capabilities, we can’t say for sure that they will disappear. If their creators and the community make an effort to update them, add new and useful features, they can come back to users. Anyway, it is more likely that programmers will go on switching to new and better options.

If you are in two minds about which language to learn, you should consider many factors. First of all, the purpose of learning. If you want to code as a hobby, then just listen to your heart and choose what you like best, even if that language is no longer used by most developers. On the other hand, if you want to build a career in programming, you should choose not just the most popular language. It’s better to look at the functionality, market demand and possibility for further growth.