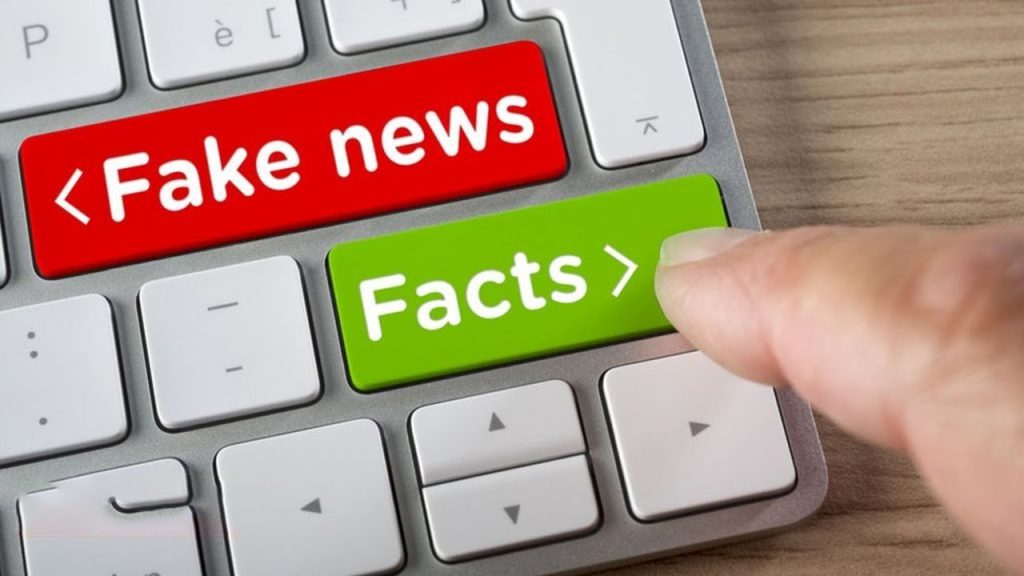 Nowadays we live in the world, in which fake news is everywhere. And the year 2020 has only strengthened that. There are no people left, who have not been bombarded with Covid19 information and election related information. But can we identify facts from fakes? Are you sure you’re not spreading such information? Let’s figure out and start with the definition.

Fake news or False information (the term which may be used in a broader sense) is news, stories or hoaxes created to deliberately misinform or deceive readers. It is usually created to influence people’s views, push a political agenda, cause confusion and, without any doubt, be a profitable business for online publishers.

According to the research published in ‘Science’ magazine, its popularity can be referred to the fact that humans are more likely to spread lies faster than the truth.

Many people get news from social media sites and networks and it can often be difficult to say whether stories are worth reading or not.

What are the types of fake news:

Usually it’s a sensational headline that encourages people to click a link to an article, image or video. Instead of presenting objective facts, clickbait headlines often appeal to emotions and curiosity. After clicking, the website hosting the link earns revenue from advertisers, but the actual content is usually of questionable quality and accuracy.

It’s a specific type of message presentation that is primarily used to influence an audience and further an agenda. It may not be objective and may be selectively showing facts in order to encourage a particular synthesis or perception. It may also use loaded language in order to produce an emotional rather than a rational response to the information being presented. Propaganda is often associated with the material which is prepared by governments. Besides, activist groups, companies, religious organizations, the media, and individuals also produce propaganda.

Sometimes journalists may publish a story with unreliable information or without checking all the facts which can mislead the audience.

News that is not completely false can be distorted using misleading headlines. These types of news can spread quickly on social media sites where only headlines and small snippets of the full article are displayed on audience newsfeeds.

Many people are drawn to news or stories that confirm their own beliefs or biases. Social media tend to display news and articles that they think we will like.

Does fake news have a business model?

The internet and social media have made it very easy for anyone to publish content on a website, blog or social media profile and potentially reach large audiences. With so many people getting news from social media sites, many content creators have used this to their advantage. Such kind of news can be a profitable business, generating large sums of advertising revenue.

With advancements made in technology, propaganda and rumors have been handed over to advanced AI algorithms.

AI can be a powerful tool for flagging and possibly blocking fake news before it pollutes the popular mind.

Much work remains to be done, but there are a number of outlines how AI can provide strong detection against fake news:

That’s easier said than done, of course, due to the obvious fact that there’s no unimpeachable source of truth to which algorithms may defer on every conceivable topic, especially for breaking stories in which fresh facts may be coming to light for the very first time. In those scenarios, AI’s ability to do anomaly detection can be a key fact-checking resource. If a specific news site remains the only one reporting a supposedly hot story, there’s a high probability that this is fake news.

AI algorithms can rapidly cross-check for grammar, spelling, syntax, punctuation and other errors in fake news content. In addition, AI computer vision algorithms may be able to detect fabricated photos and other images.

We use AI for a number of tasks, such as categorizing our emails to determine which correspondence is useful and which is just unsolicited mass distribution.

Unfortunately, because of its virtually unlimited processing capacity, AI is increasingly involved in the fabrication of fake news.

The news story writing algorithm represents a significant step forward in AI capabilities with natural language. Research lab OpenAI announced the GPT-2 algorithm in 2019. Give it a fake headline, or the starting phrase, and the algorithm writes the rest of the article, complete with fake quotations and statistics.

Besides, AI is already capable of creating what is being called ‘deepfakes’ – photos and videos that realistically replace one person’s face with another, to make it appear that, for example a public figure is saying things he’d never actually said.

Researchers are already preparing to use AI to identify these AI-created fakes. For example, techniques for video magnification can detect changes in human pulse that would establish whether a person in a video is real or computer-generated. But both fakers and fake-detectors will further develop.

Human intelligence is the real key

Please, see below some points that could be helpful while evaluating content online:

Check the source of the story, do you recognize the website? Is it a credible/reliable source? If you are unfamiliar with the site, look in the ‘about’ section or find out more information about the author.

Are there other reputable news/media outlets reporting on the story? Are there any sources in the story? If so, check if they are reliable or if they even exist.

Stories with false information often contain incorrect dates or altered timelines. It is also a good idea to check when the article was published, is it current or an old news story?

Are your own views or beliefs affecting your judgment of a news report?

Satirical sites are popular online and sometimes it is not always clear whether a story is just a joke or parody. Check the website, is it known for satire or creating funny stories?

So, looking at this piece of article can you define whether it is written by a journalist or it is generated by AI?

You are welcome to share your thoughts and ideas in the comments:

In the grand scheme of things, the success of the AI community is in maintaining the perceived intelligence of those tasked with giving it the ability to do things humans take for granted, like eat their food, recognize their faces, and think.

As Walt Disney once said: “You’re just a mouse!”

There is plenty of ugly in the march towards AI, in the way we treat one another, and the way we reject voices that don’t agree with us.

In conclusion, we should remember that detecting fake news is a complex process that starts with awareness and education. Thus, the best way to combat the spread of fake news depends on people.