Recently, in the world of programming more and more information can be heard about Rust programming language, and experts say that in 2020 it will become one of the mainstream languages. However, so far few people have information about this innovation. In this article you will find answers to most important questions that arise on this issue.

Rust was originally designed by Graydon Hoare at Mozilla Research, with contributions from Dave Herman, Brendan Eich, and others. The designers refined the language while writing the Servo layout or browser engine, and the Rust compiler. The compiler is free and open-source software dual-licensed under the MIT License and Apache License 2.0.

Rust has been the “most loved programming language” in the Stack Overflow Developer Survey every year since 2016. But why does it happen? Let’s look at some details.

What are similarities between Rust and other programming languages?

The facts listed above are hard to believe and this seems an unrealistic language, since previously all languages chose one of the benefits: reliability or efficiency.

One of the representatives of high speed is C++ but we all know not only about errors that occur due to incorrect access to allocated memory, remote servers but also unpredictable output results. Because of multiple recording streams it is often difficult to predict the result.

The bias towards reliability is best demonstrated by the Haskell language, which has a compiled nature and provides high security indicators. Everything that can be compiled will work correctly. The main drawback is low performance. It is difficult to imagine a project that requires high speed written in Haskell.

As far as Python, Java, C#, they have neutral position, a certain balance. Usability is the main feature in them.

Rust incorporated the best features of C++ and Haskell, and was able to take such features as sufficient usability and functionality from other competitors.

Other advantages of Rust

The characteristics of Rust became available using the compilation basics and information about the owner entity, the programmer who only temporarily debugs or takes over the project (mutable borrow), and the regular viewer (immutable borrow).

When programming in Java or C++, you have to keep this information in mind, although the type of data is slightly different. In Rust, this is implemented using language constructs. This information makes it easier for the compiler to determine the identity and correct selection of the behavior model. Thanks to the compiler, you can guarantee that potential and frequent problems are solved during code execution. 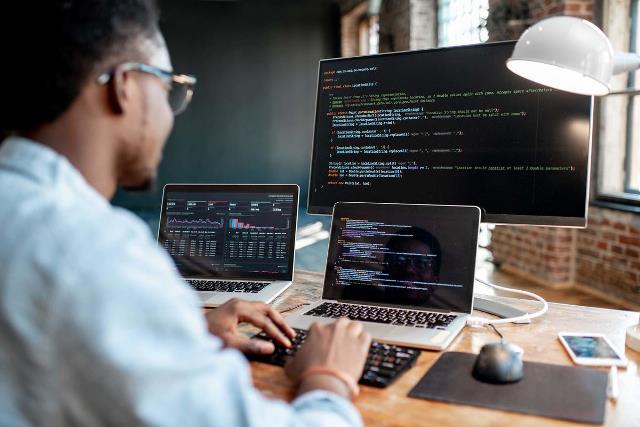 This language needs a slightly different approach. Despite its features, the algorithm is quite obvious and effective. Now we will define the basics of the language, which can lead to a dead end at the beginning of learning:

The target audience is quite important, the Rust language has a sufficiently active community, a developed system of communication and learning. So far, many interesting programs have already been written, and most of them are still constantly developing.

The language is most popular among developers who have taken the path of creating graphics and games. There are even works on creating a full-fledged operating system but they are still being developed. In the near future, it is possible to write client programs and web servers. All these tasks are quite up to Rust.

The main, and probably the only, drawback is its overly active development. As new versions are released, the syntax changes slightly, and there is a need to periodically change the logic of behavior and development to adapt to the new features. Such situation will continue until the release of Rust-1.0.

All in all, for obvious reasons, the number of working places where narrow-profile Rust experts would be required in the world is extremely small. However, while there is no evidence that the language will become unnecessary, it looks more like a gradual “world takeover”. This means that good skills in using Rust in the future will help you to find a highly paid interesting job both in your country and abroad.