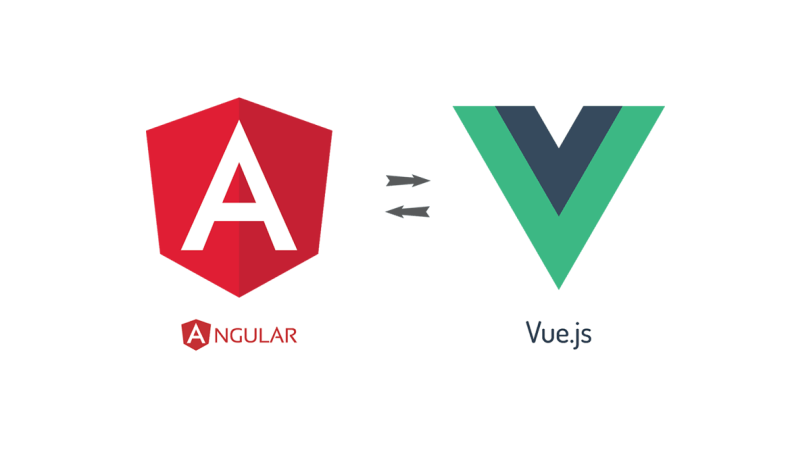 In contemporary times, it is impossible to imagine front-end development without Javascript frameworks. The choice between them plays a key-note role in determining the structure, scalability and performance of an application. And with each year, it is becoming more and more challenging to make choices between popular Javascript frameworks.

Choosing a front-end framework for a project or to learn is more complicated then it may seem. Vue.js and Angular have been two mainly debated frameworks lately. Both of these frameworks will offer great structure to the dedicated developers. But which one is better? This question leaves us a big dilemma.

So, let’s compare them in this article in different planes. Hope this will help you to make your choice or convince you that each of them is worth some attention.

A brief history of Angular and Vue.js 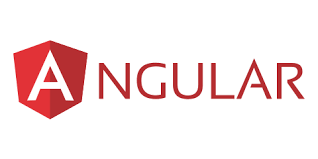 The framework was developed by Google and first released in 2010, making it the oldest of the lot. It is a TypeScript-based JavaScript framework. A substantial shift occurred in 2016 on the release of Angular 2. Angular 2 is known as just Angular. The latest stable version – Angular 9, which was released in February 2020.

Vue.js was created by ex-Google employee Evan You in 2014. In fact, Evan worked on Angular at Google, which means he has an in-depth understanding of the ins and outs of Angular. And, what is important, Vue it’s not supported by any big company, it’s sponsored by donations.

Over the last years, Vue.js has seen a substantial shift in popularity, even though it doesn’t have the backing of a large company. The current stable version is 2.6, released in February 2019 (with some small incremental releases since then). Vue’s contributors are supported by Patreon. Vue 3, currently in the alpha phase, is planning to move to TypeScript.

Now, after we learnt a little bit about the history of both frameworks, we can check their popularity. It will be fair to take a look at it from different prospects.

If we check the popularity of the framework is Google Trends, it shows that Angular is searched in Google Search more often than Vue.js. Still, to be honest, Google Trends do not certainly recognize searches containing Vue and Vue.js as the same topic. The Vue.js search term may just give a fraction of the search results, while the Vue search term may yield results that have nothing to do with Vue.js. So the comparison could not be obvious.

And activity of the two frameworks in GitHub is really interesting. Vue.js has more stars and forks than Angular. And Angular leads in terms of the number of contributions, which is expected though, as Angular has been around longer than Vue.js. So due to Github statistics, Vue.js is the winner.

Number of job offers on the market

In case you are looking strictly from the point of view of the current job market, your best bet is to learn Angular. Still, keeping in mind that Vue.js has gained popularity over the last three years, it may take some time for projects to use Vue.js, or new projects that adopt Vue.js to reach a maturity level that commands a higher number of developers. It should be interesting to watch how the tendencies in 2020.

Both Vue.js and Angular make use of CSS and HTML.

However, if specialists are working with Angular, they are required to be familiar with the use of TypeScript, otherwise they’ll have to learn it from scratch in order to make the best use of it for developing the application. Of course, to be honest, the learning curve is well worth the time and effort as TypeScript is in many ways better than JavaScript in terms of functionality.

At this time, the advantage of Vue.js development services is that it is able to be used to its full potential an the same level with pure JavaScript. This removes the need for engineers to have additional background knowledge.

Angular is based on a well-formed structure made out of heavy codes. The framework has a large set of enclosed features that can be put to good use by the developers. Still, in many cases most of these features and functions are not used for the app.

Vue.js is much lighter and more flexible because of not having too many additional features in its main library. All the features are supposed to be added through additional extensions which makes it more modular than the Angular..

Still we should notice that the well-built structure of Angular provides more scope for adding additional features to the application, while the lower size of Vue.js is perfect for implementation if an app doesn’t need a large set of functionalities.

Some parts of Vue.js reminds programmers of working with Angular. Conditionals, templating, loops, model binding, and event binding work along the same line for both frameworks. So let’s have a look at the similarities one after one.

Conditionals. Except for the ng- and v- prefixes, the code is identical.

Templating. You can bank on identical syntax. Still, when it comes to evaluating objects, arrays, and json data, there are some minor differences in the templating engine.

Loops. There are almost no differences, as the Vue.js syntax is clearly inspired by Angular.

Model binding. Only the attribute names are different while the syntax and the idea are very close to each other.

For sure there are more similarities that are evident in Angular and Vue.js. These similarities are not surprising, as the Vue.js team kept what they thought was good in Angular.

As mentioned, with Angular using TypeScript is mandatory, while Vue.js supports TypeScript’s static type checking system, but its usage is not mandatory.

Vue.js is generally less assured than Angular. In other words, there is no one way of writing code in Vue.js and engineers can be more creative using Vue.js in the way they want to. Therefor it is faster to reach quick wins, and the learning curve of Vue.js is a lot less steep than the learning curve of Angular.

Angular directives are generally more complex than Vue.js directives. Vue.js separates directives and components more clearly, while in the Angular world, a component is just a specific directive.

Why & When should you choose Angular:

Vue.js is a perfect choice when:

The answer to the question ‘Angular vs Vue.js – what to choose?’ – is that there is not absolutely right choice.

Still you need to choose the framework based on the project you’re working on, and your individual requirements, etc.

It’s always key to do your own research before deciding, especially if you’re going to be working on a business venture and not on a personal project.

And what advantages and disadvantages of using Angular and Vue.js have you come across? Which one would you choose for you?