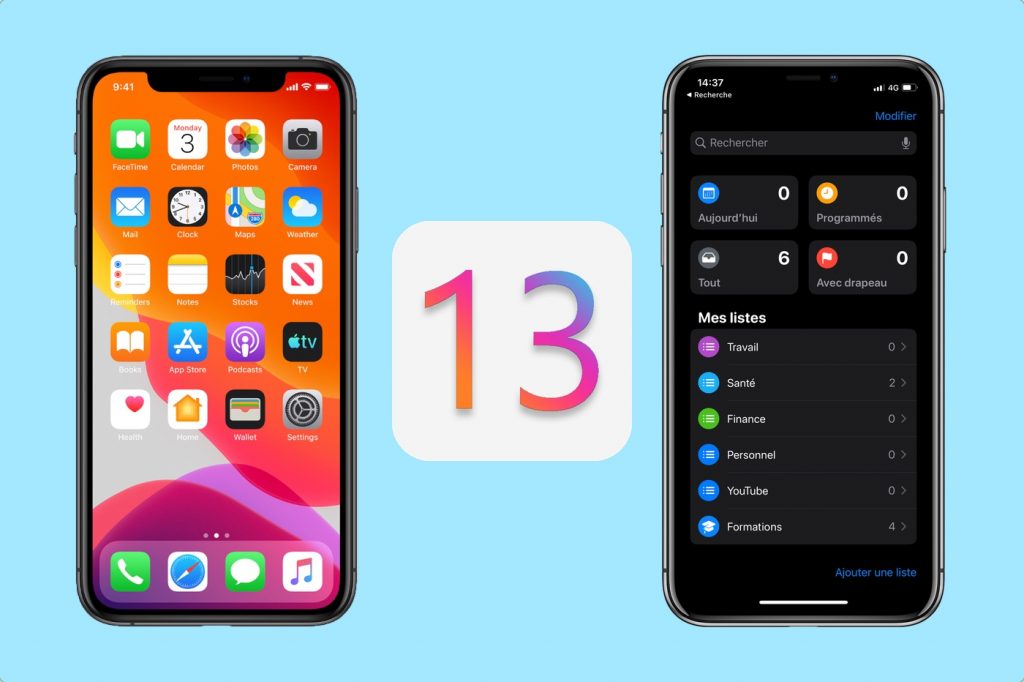 June 2019 is a highly anticipated month not only for the fans of UEFA Champions League final or political observers of upcoming G20 Summit hosted in Japan for the very first time, but this is the time when the whole world will be watching Apple’s new product announcements with bated breath.

This year we may expect to hear about macOS 10.15, watchOS 6, tvOS 13, but what everybody is really eager to know about is new iOS version – simply ‘iOS 13’.

We never know for sure what new features and design Apple will unveil on stage at WWDC, but we have collected the list of most likely rumors about iOS 13 here.

Obviously the most requested feature for Apple fans is a Dark Mode. It is supposed to match the dark mode that was first introduced on macOS Mojave and it will allow for “easier nighttime viewing.” Rumors say it will also feature darker wallpaper and dark backgrounds with light text in supported apps.

Apple fans have been begging for a new volume indicator which looked like a joke before, and rumors say their prayers have been finally heard. This time iOS 13 is expected to include a new volume HUD that perhaps is going to be less obtrusive than the current one.

iPads are expected to gain a new standard undo gesture for text input, which will allow users to undo or redo an action using a three finger tap on the keyboard area and a slide left or right similar to a click and drag in Finder on the Mac. We only question how Undo would work in apps where you don’t have keyboard input (like photo editing). Will the shake action remain as well?

The Mail app will organize messages into searchable categories like marketing, purchases, travel, “not important,” and more, plus there will be a read later queue and an option to mute incoming Mail notifications for specific email threads.

New emoji won’t be available when iOS 13 is released, but in an iOS 13 update later in 2019, Apple will introduce new characters. The Unicode Consortium has finalized the characters that are being added to the emoji standard, and some of them include flamingo, otter, waffle, sloth, white heart, people holding hands, ice cube, snorkel, orangutan, juice box, falafel, and more.

Font management is getting a major upgrade on iOS 13. It will not be necessary to install a profile to get new fonts into the system anymore. Instead there will be a new font management panel in Settings. A new standard font picker component will be available for developers and the system will notify the user when they open a document that has missing fonts.

Sources familiar with the development of Apple’s new operating systems say that we may expect changes of the following features:

Siri will get a bunch of new intents (specific functions that apps can integrate with Siri), ARKit will improve with the ability to detect human poses and new easier development tools, developers will have more control over the Taptic Engine for haptic feedback, and apps that use NFC will be able to read more tag formats. Apps that use Core ML for machine learning will be able to improve their neural networks right on device, and new tools for image classification and audio analysis will allow developers to make smarter apps more easily.

According to Bloomberg Apple plans to include a new home screen, the ability to tab through multiple versions of a single app like pages in a web browser, and improved file management. Users claim that since iPad is targeted as a laptop replacement it could at least have the ability to multitask effectively and manage files properly. Shall Apple consider it as priority for development? We will see in 2 months.

Apple is said to be working on a new Home screen for the iPhone and the iPad, but we don’t have enough info (rumors?) to tell you what it will look like. CarPlay is also expected to get a new Home screen to match with a an interface refresh and more extensive developer tools.

In two months we will know for sure what rumors are true, and which features will continue to top the lists of most awaited iOS improvements. In the meantime what is your most awaited iOS new feature? Feel free to comment this article and discourse what new features should be in the next version of iOS.